My sister made a very well fed Christmas Cake and asked me to decorate it for her.  I'd seen a cake decorating project in supermarket free magazine, and rather liked it.  I showed it to S, for approval.  I used that as the basis for the cake I did, with a few alterations.  I started by marzipanning the cake.  I then dyed some sugarpaste and made the water.  I like the effect of the swirling water.  After that I made the 'iceberg' out of a shaped lump of sugarpaste.  I cut the iceberg in two before placing it on the cake.

The main sugarpaste was then rolled out and cut in two, to follow the lines of the iceberg.  I used gin as an adhesive. 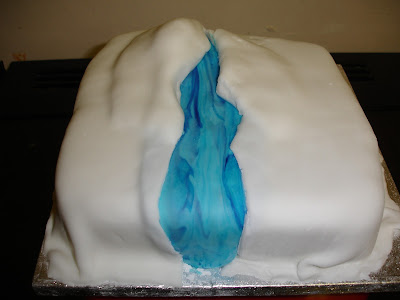 Next was the fun bit of making the penguins - seven in all!  The penguins were having a snowball fight.  The cake was finished with some ubiquitous sprinkles. 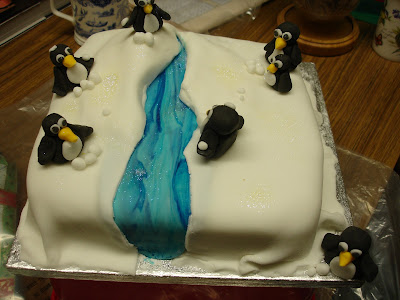 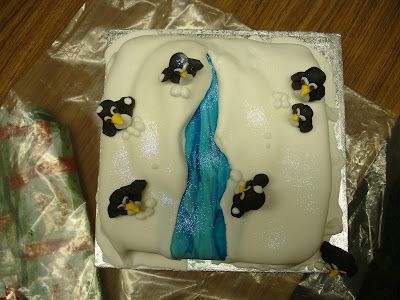 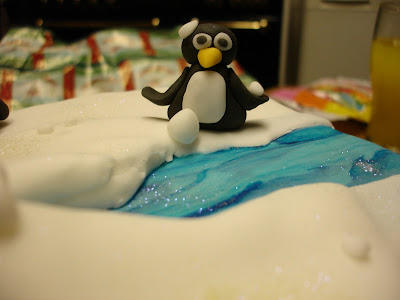 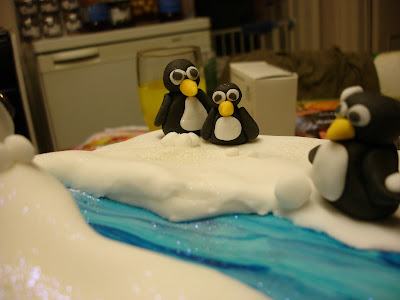 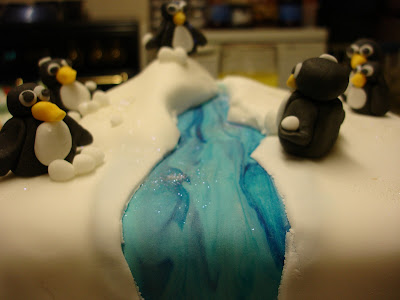 The cut cake with penguin aloft! 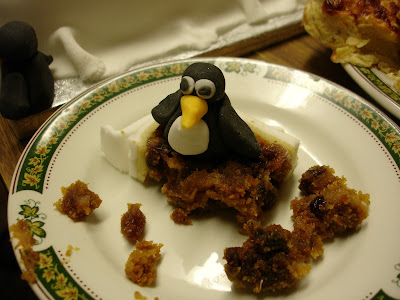