MJ, The Apron and The Phone

Mary-Jane was able to go wandering in the house today.  She's not been able to either because the dogs were loose or she could hear them - or it just wasn't feasable for her to be in the kitchen if someone was cooking etc.  She enjoyed her walk about immensely.  She collected her pot off the side.  She has a few plastic lids in it and she walks round and plays with them.  Mary-Jane managed to pull my baking apron down off the Aga and started playing with that.  I didn't want her tripping over the apron ties, so I put the apron on her.  Well!  What did I start there then?!  She didn't want to take the apron off.  I undid it and took it off her after half an hour or so and she squealed, squawked and protested so much, that I put it back on her again.  And that it where it stayed until bedtime!!! 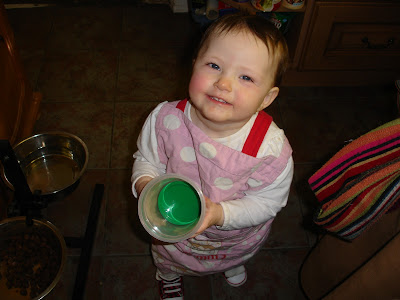 It looks rather like a pinafore on her, which gave me ideas...... She is one happy little girl. 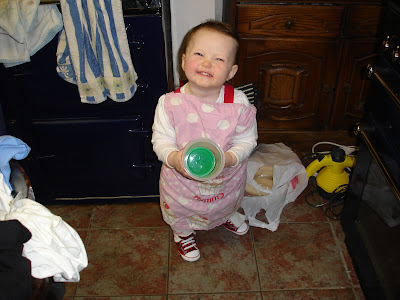 M thought that as she had an apron on, it would only be fitting for her to have a mixing bowl to play with as well. 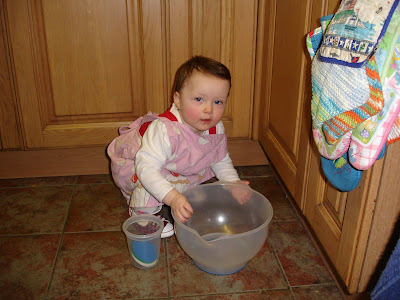 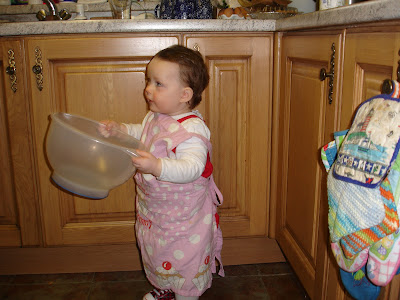 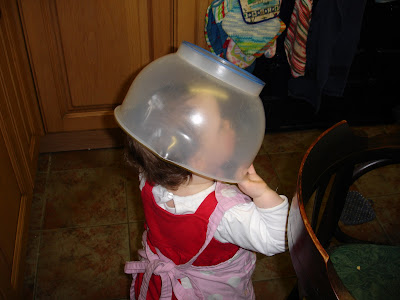 Later on, Mary-Jane wanted a walk through to see Grandad (G).  She likes to sit on his knee at his desk and look to see what she can see in the desk drawers.  After that, she saw the phone.  She pressed the loud speaker button, picked up the receiver and kept saying 'Hello'!  I was astounded!  I have never seen her do this before.  I do think M has a great deal to do with this new behaviour though!  It was comical to see her playing on the phone.  She knew how to lift the phone up and down correctly. 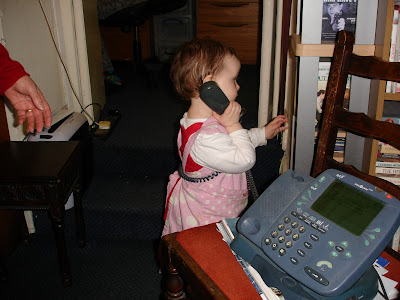 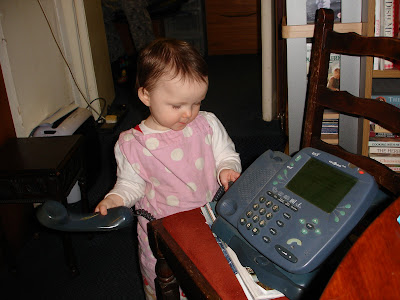 I guess it won't be long at all before she is answering the phone properly!  Let's hope it's a while before she susses out how to make calls! 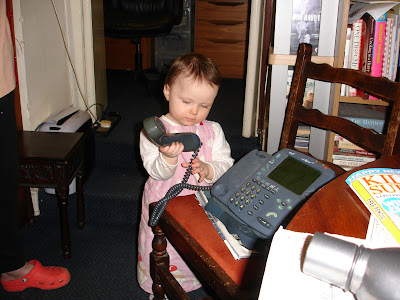 Labels: MJ The Apron and The Phone