Saturday Afternoon In The Garden

There has been glorious sunshine in West Cumbria today.  The car temp said 21 degrees at lunchtime when we were leaving Tesco.  Once home, and lunch was all eaten, Mary-Jane and I, went outside into the garden to enjoy the weather.  Before we did go out, I was able to peg the washing out on the line for the first time this year.  Whilst doing this, I had a formidable bump, which I recognised straight away as an RTA - road traffic accident.  I flew out of the field, through the gate and onto the front road.  Yes there had been an accident, one car had pulled out of the junction and hit another travelling along the main road.  This car had come to a stop along the bottom of our drive.  Luckily there was no-one seriously injured.  The chap that was hit was whisked off to hospital by ambulance.  He had spondiolosis (not sure of spelling) meaning some of the bones in his spine had fused.  He was quite shook up.  Nearly the whole side of his car had been taken on off - the passenger side.    I did what I could, which wasn't too much - ensure people were safe, offer drinks of water or try to tend to injuries etc.  The police arrived pretty quick.  I noticed even Sellafield Police pulled up, but then this is part of the area they monitor.  Sellafield Police are not the same as normal police, in the way that the railway police used to be different.

Anyhow, it could have been worse, but it wasn't.  Although I do think the chap that went off in the ambi will have some health consequences.

After all that, and I had finished hanging out the washing, I bought Mary-Jane outside in the garden.  HK had started mowing the lawns in the morning and was continuing with this.  Mary-Jane and  I were out for over two hours.  We came back in as she was getting a bit pink.  Not to mention, she decided that she was tired out once we got back indoors.

Mary-Jane discovered one of the peg baskets and some pegs, that was her occupied for quite a while.

Here she is, deep in thought, plotting and planning something 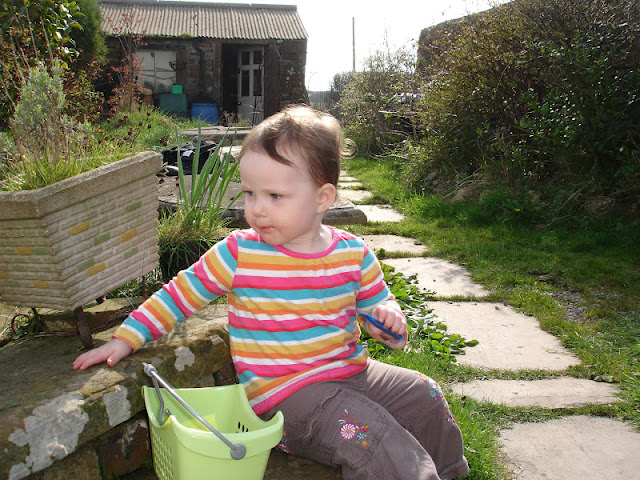 Acquiring pegs and trying to take the washing basket for a walk.  This was the Moses Basket she slept in when she was a tiny baby 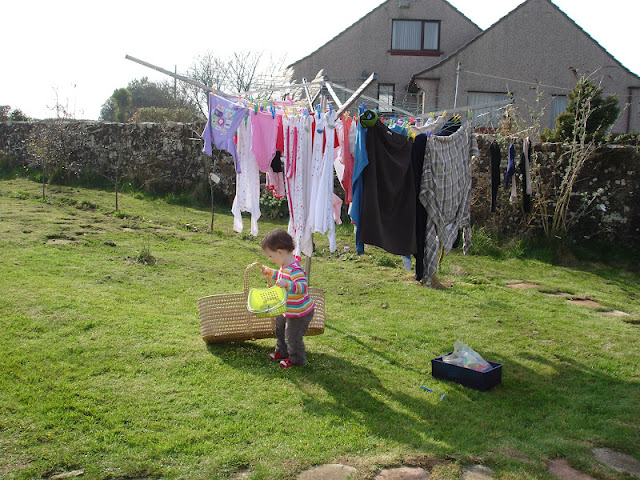 On a peg run.  MJ would fetch a peg from the field to me, then try to put the peg on her t-shirt, which I helped her with, then would go back into the field for another peg and repeat the process! 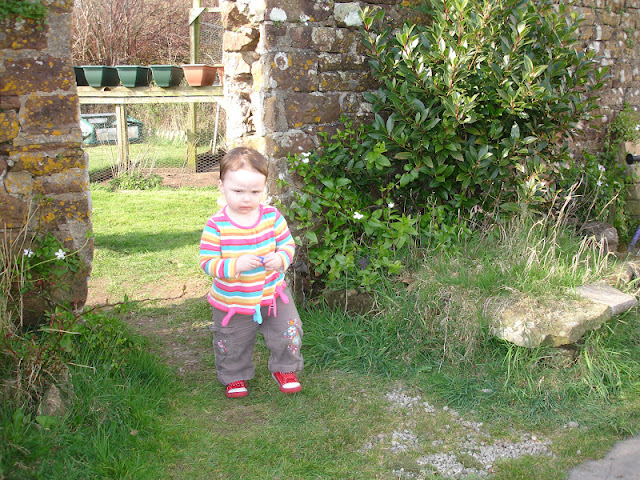 See the growing collection of pegs on her t-shirt 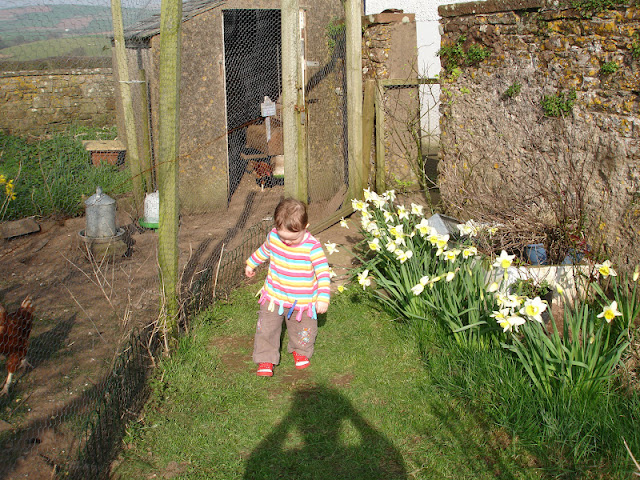 Each time she passed these daffodils, she would stop and have a sniff of them 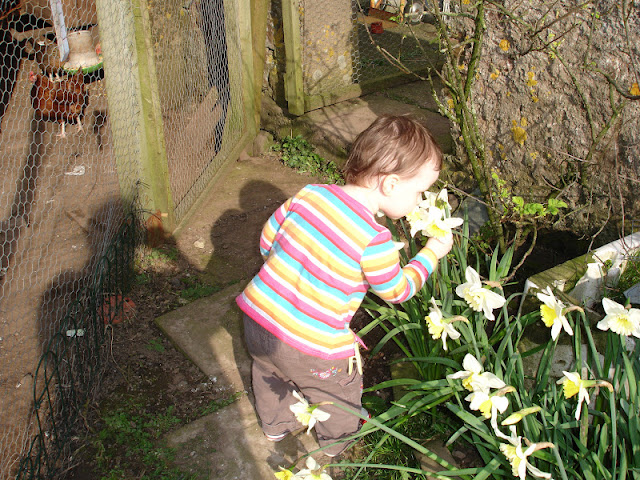 Having fun and running around, now with lots of pegs! 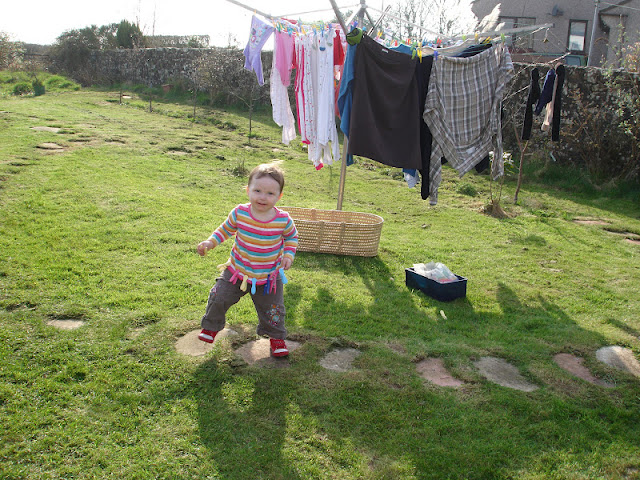 Labels: Saturday Afternoon In The Garden