Of All The Expensive Toys.....

For all the expensive toys you could buy a child, quite often it's the simplest ones they enjoy playing with.  Mary-Jane has a box. 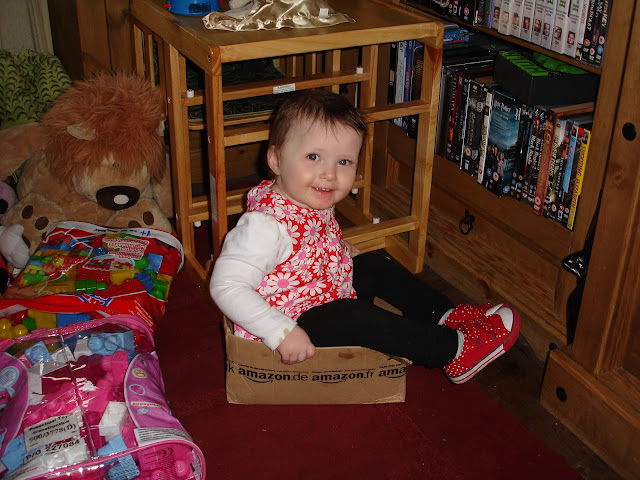 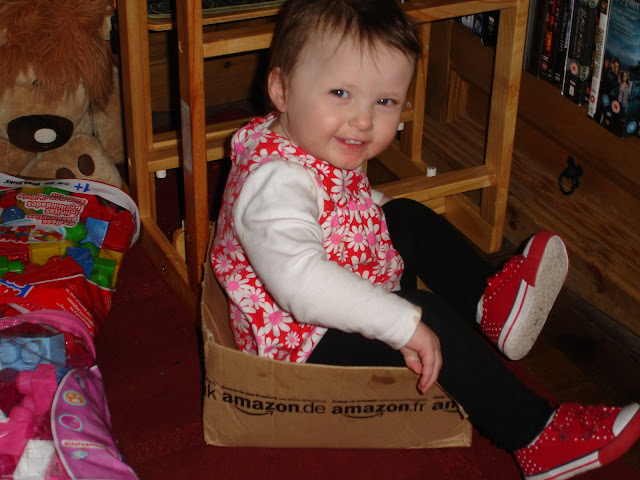 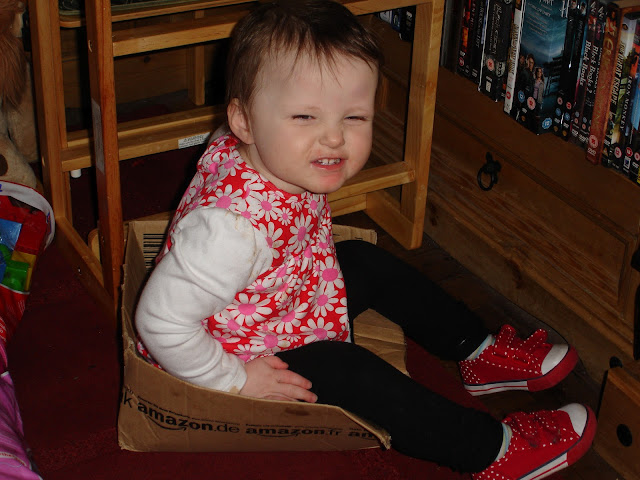 I had some time out today and went to Fobbles for the Knit & Natter.  There was only a few of us there but we knitted and put the world to rights.  I took a couple of things to work on, narrowing it down to Sereknitty and the Lydia Crescent Shawl.  Once I got going with Sereknitty, I stuck with that.  The end is nearly in sight - only 19 and a half rows to go!  Now I want to get that finished before I cast anything else on.  I change my mind about such things too many times.

Tomorrow is a busy day.  Weekly shop in the morning and the cushion stuffing event in the afternoon.  I anticipate taking Mary-Jane to both.  I can't see me doing much cushion stuffing, but I will be there to support.  I was hoping to block my cushion, that is literally going to be a last minute thing.  I could do it tonight, but I want an early night.  Mary-Jane is awake, I can hear her on the monitor.  She has been awake and chattering to herself for nearly an hour.  It is unlike her to awake this time of night.  Perhaps she will have a lie in in the morning.  I think she has caught my lurgy as she has been coughing a little and sounds a bit chesty.  Calpol to the rescue.

Labels: Of All The Expensive Toys