We have been blessed with reasonable weather this weekend.  A rarity at the moment.  Yesterday was better than today.  I was determined to make the most of it.  Saturday morning HK went into the garden to get busy.  I decided that the TV was going off and staying off for the day (hurray!)  In the morning Mary-Jane had free reign running around the house, as I started weighing out ingredients for the 2012 Christmas Cake.  Yes you read that right!  I am following the recipe of The Pink Whisk, aka Ruth Clemens.  I am doing her Jewelled Boozy Cake.  Mary-Jane wasn't overly interested in helping me weigh things.  Then it was time for a cuppa.  I thought we could stay outside with Daddy whilst we had tea.  HK was scraping the moss and debris off the driveway, straightening the hedge and then mowing and dtrimming the front lawn.  Mary-Jane decided she wanted to help and began sweeping up after Daddy and gennerally copying what he was doing. 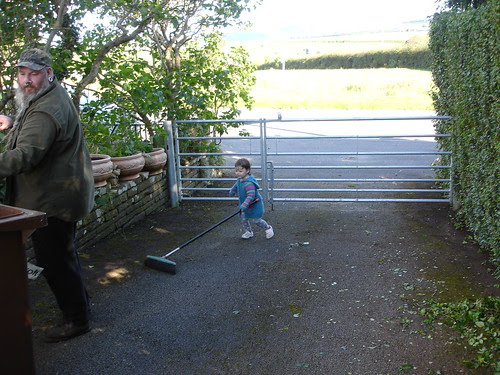 This is my Jewelled Boozy Fruit soaking in rum, with a cinnamon stick.  I have used sultanas, glace cherries, mixed peel, cranberries, apricots, a tropical fruit mix and the grated rind of an orange and it's juice .  I have added some more rum today. 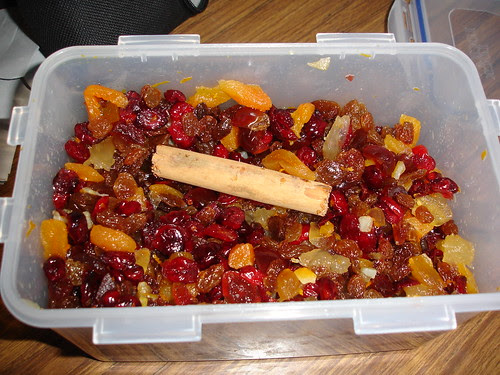 After lunch we headed down to Fobbles, for their Open Weekend, but mainly to see Di and return a book to her.  She kindly gave us a big bag of apples from her garden, some potatoes and a couple of cucumbers.  Lovely!

Then we headed off to St Bees for ice cream.  Mary-Jane has been asking to go to the seaside for ice cream for ages.  HK came with us as a last minute decision, probably something to do with me snapping at him and scowling. I should mention at this point that he pulled a muscle in his shoulder whilst out in the garden.  At St Bees, we all had a 99 flake.  We sat on the benches, near the play area. 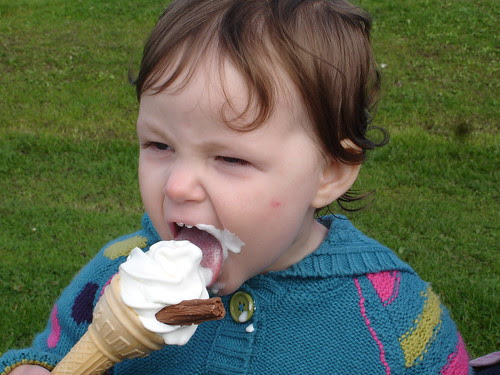 Mary-Jane thoroughly enjoyed herself.  She was thrilled to be there, and to have an ice cream, followed by running around, as free as the wind. 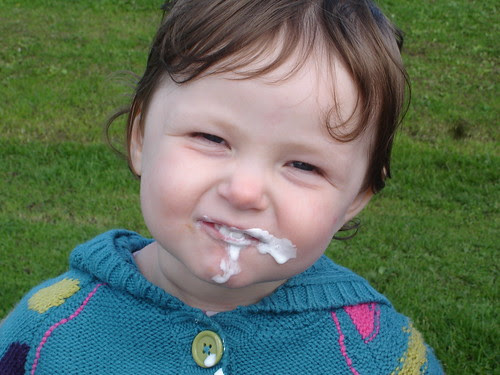