To keep in with the Christmas Knitting Theme, I decided to do this months WI Competition - a Christmas Bauble.  I decided last night on the pattern in last months 'Lets Knit!' and used some freebie yarn, I think from the same magazine.  I've not done any fair isle for a bit and was pleased to feel that I still found it straightforward and enjoyable to do.  Even on dpn's.  This was how far I'd got by the time bedtime arrived.  I didn't think I'd get it done today.  We were out most of the morning.  So when Mary-Jane went up for her afternoon nap, I got the needles out pronto and carried on till job done, which was about two and a half hours in total. 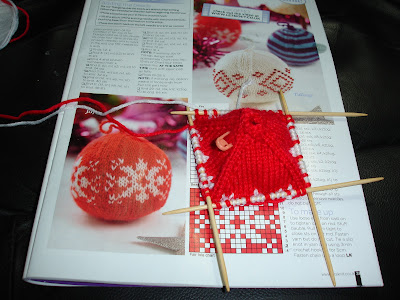 The finished item!  I'd do more but they take a while to do.  I could do some smaller ones.  The would look nice.  I'm getting into Christmas Knitting. 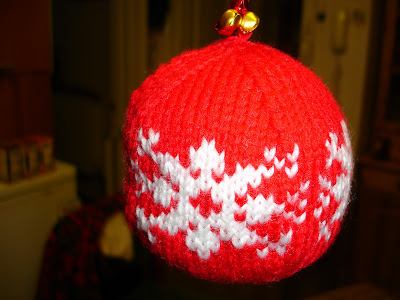 I took it to the WI Meeting this evening and won second prize.  Lovely Jubbly!  I have the bauble hanging off the light shade in the living room.  Very Festive.

Following being nominated and seconded, I am now Secretary to Beckermet Womens Institute.  The Treasurer gave me a big welcoming hug, that was nice.  More stories getting ready for the telling there.  HK is very dubious about me taking on this role as he thinks I will be greatly put upon.  Time will tell.

As we had to go out this morning, I put Mary-Jane in her Reindeer outfit.  HK says that she'll get her own back on me one day.  I think she looks gorgeously cute! 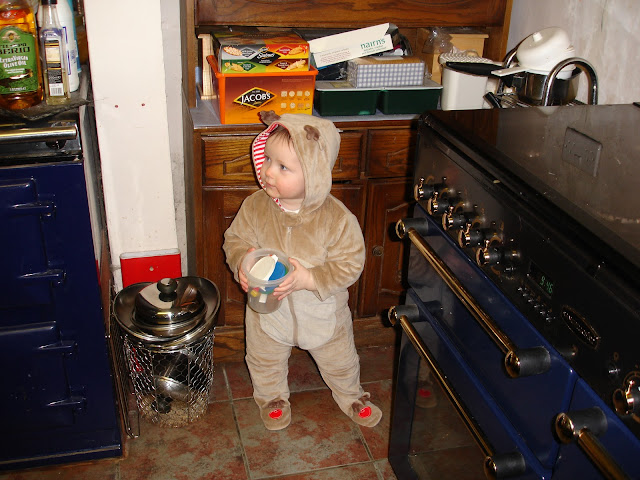 How could anyone say she is not?! 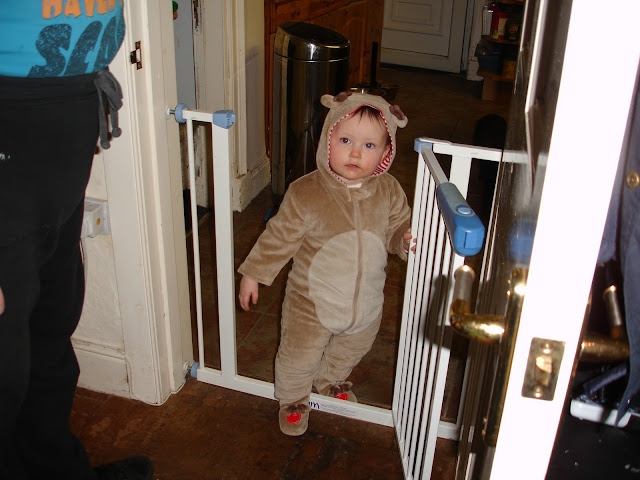 All parents deserve the right to embarrass their children with pictures . . what would be the fun of cute outfits if you couldn't?

There will be plenty more embarrassing photos to come I'm sure of it!