The garden is flourishing. The apple buds are coming along, lots and lots of apples on their way! 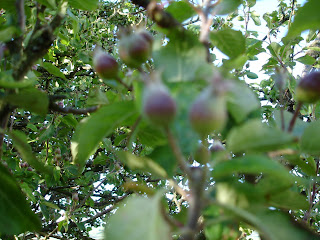 Courgettes ready for planting on, sooner rather than later! 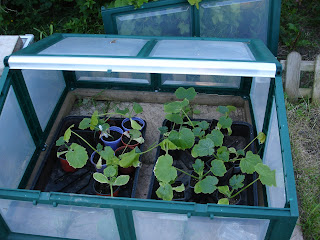 Top end of the orchard field. An area has been marked out to plant more apple trees, and a few plums (at least one anyhow!) 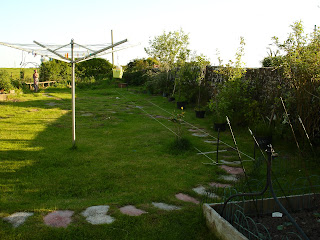 The strawbs are doing well. The lesser spotted HK is in the background 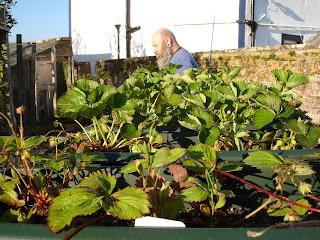 Far end of the orchard field. We are talking of having this as a seating area, fenced off with an archway. At the moment there are lots of rocks covered with rocks. There is also access here to the back lane. Another access is on the left of the picture where you may just be able to see part of a metal arch. 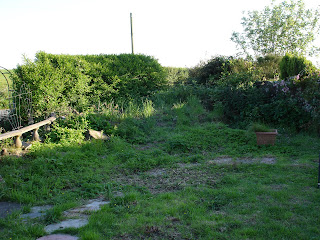 The field from the other end, with part of the house. What look like big patches on the grass were are a pathway, this will be re-laid 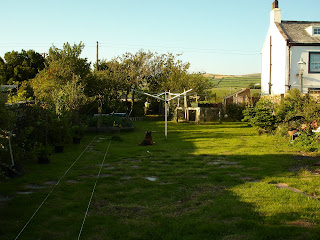 This was taken from more or less the same place as the previous one, just turned to the right. Another area of the garden that needs some intense work. The building is the back of a stone shed. Apparantly in days gone past it was built as a Wash House. 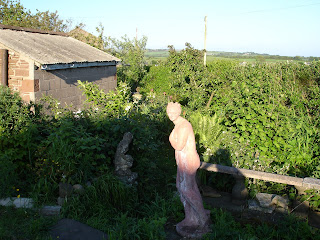