Baking and Cake Decorating In The New House

As you may know, last night I gave my KMix it's Maiden Voyage, and very pleased I was with it.  I made a batch of basic chocolate cupcakes, using a dark soft brown sugar for a toffee like flavour.  I still need to come to grips with the oven.  Tonights batch of cakes shows that I am heading in that direction, oven temp still needs a little tweak to allow for it being a fan oven.

Mary-Jane had spotted that there were cupcakes to be decorated when I got in from work.  Once bathed, I set Mary-Jane up to decorate said cakes.  She was happy and pleased with her results.  I let her have a gave her the sprinkles and let her have a free hand. 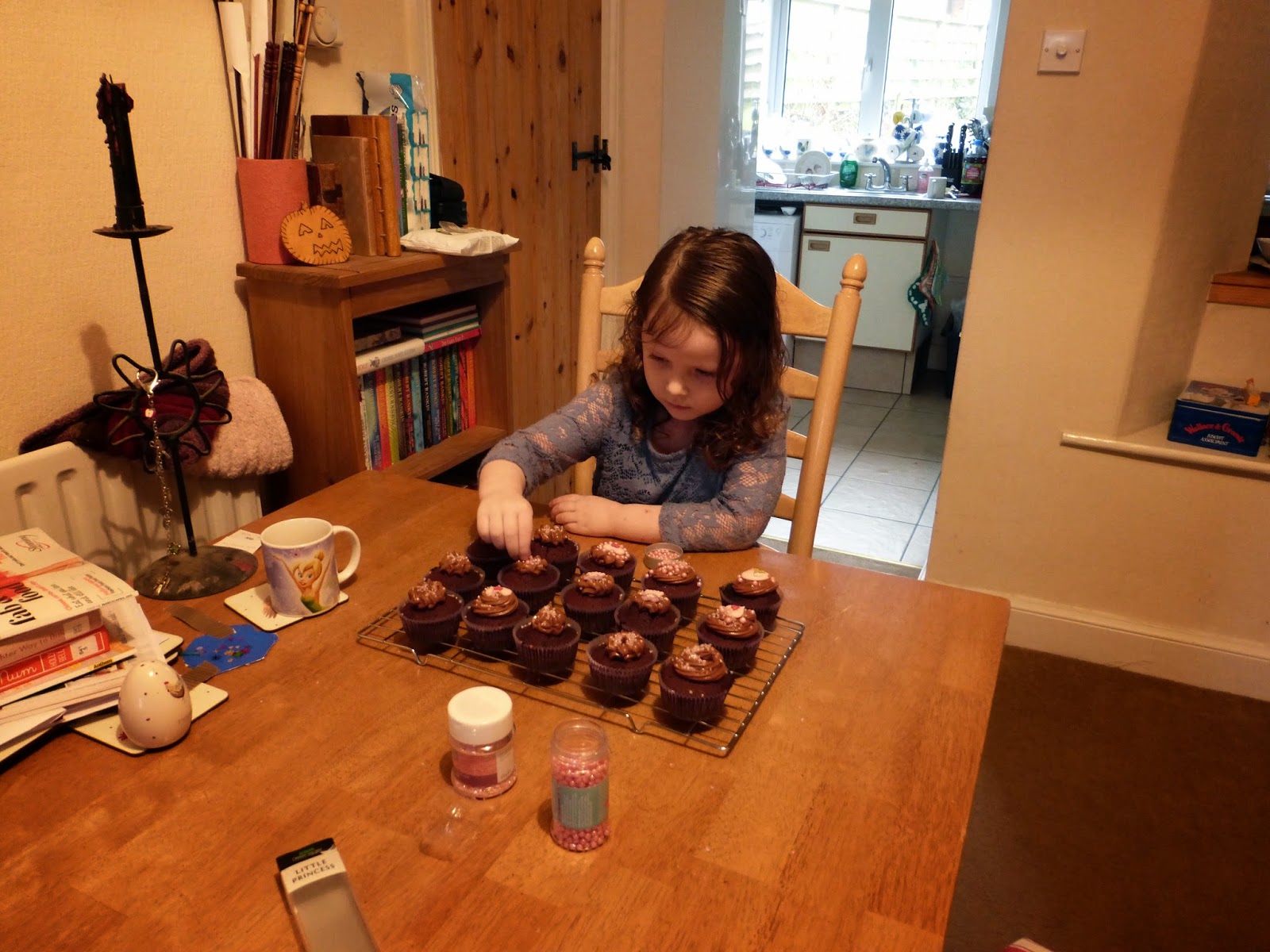 The frosting is also a First.  I used Sugar and Crumbs Jaffa Twist Icing sugar, with my very own soft yoghurt cheese!  I bought the yoghurt cheese maker from Lakeland in the January sale.  It is so easy to use it is silly.  Pour one tub of natural yoghurt into the container, close the lid, put in the fridge for 24 hours and hey presto!  I first discovered properly Sugar and Crumbs last year at the Cake Show in Manchester in March.  I might have been sceptical at first till I was encouraged to try samples of the lovely stuff, then I was smitten.  If you want to make your cake special then use some of their icing sugar, you will note be disappointed.

I tried not to put too frosting on each cake, however I ended up with just under half left.  So I just had to make another batch of cupcakes up, be rude not to -  and because I am now Queen of My Own Kitchen again!
Posted by CarpeDyem at 20:18