I volunteered a few months ago to do some baking for Rememberance Day.  There is a gathering after the Service at Calder Bridge Village Hall.  I'm really not sure of any details, other than to bring the cakes down there for 2ish and the Service starts at 3pm.

I have made 22 cakes, with two logos.  Permission has been sought and gained from the Royal British Legion to use the logo.  The logos are printed on to a sheet of icing, the same as the WI one.  It is unfortunate that some of the depth of colour is lost in the process.  Dad suggested raffling them off to raise funds, a good idea but I don't know the organisers.  Well, I was informed of the name of one person, someone that I do know, but I didn't know that she was involved till today and we haven't been able to get in touch with her.  Always next year.  A cake bake could be organised to raise funds.  I'd be well up for that. 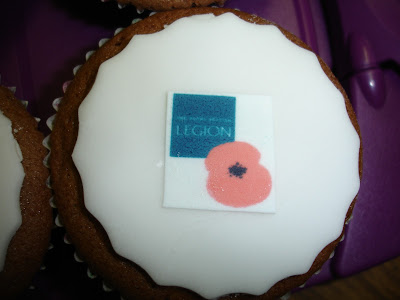 I also made a batch of Flaked Almond Cookies.  I must confess that the tin was fuller when I finished baking........... 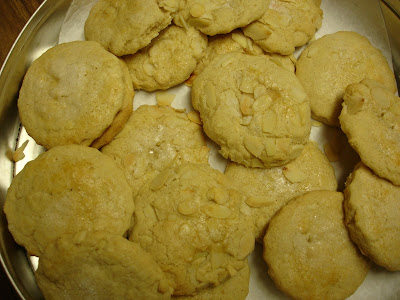 The actual cake is just chocolate.  The background icing is rolled regal icing. 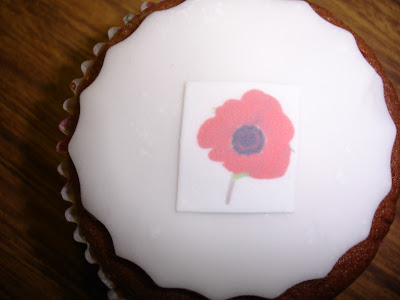 Let's hope they are well recieved.
Posted by CarpeDyem at 22:26