Another Quiet Day And A Disturbed Night

We have had a generally calm and peaceful day.  We went in the garden for a while, then came in as it was getting a bit hot for HK and Mary-Jane's arms were getting a little pink.   I could have stayed out longer, especially if we'd got a parasol up on the table.  Ours broke in strong winds in the autumn. 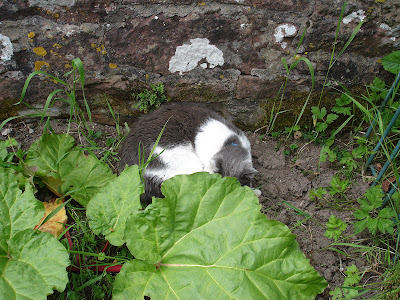 Thursday 24th - Mary-Jane woke up again, crying, so curtailed yesterdays post.  She awoke again around 1am for a while.  I put her back on her bed about half an hour later.  There was minimal play and interaction from me and HK.  Hopefully she will learn that it isn't that much fun to be in Mummy & Daddy's bed in the middle of the night.  She was awake on and off the rest of the night, thankfully not crying.  I coughed at some ungodly time and heard a 'cough, Mummy coughing', from Mary-Jane. 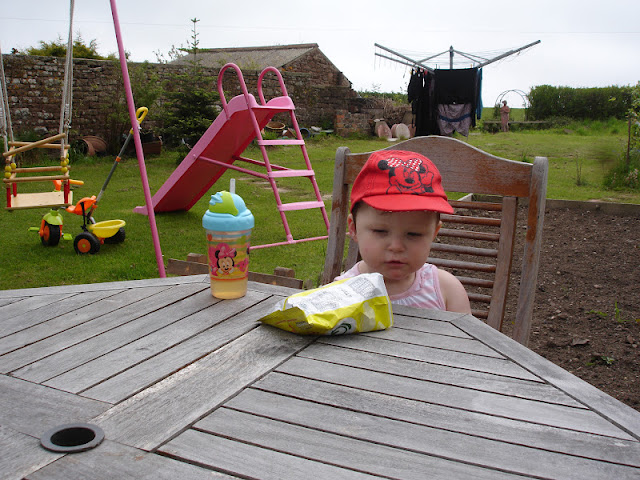 She had a lie in this morning, not waking until just after 8am.  I have kept her on the go all day - oops but all that is for the next post!

Mary-Jane did enjoy her crisps - crisps are now called 'surprises' as they are a surprise when she has them. 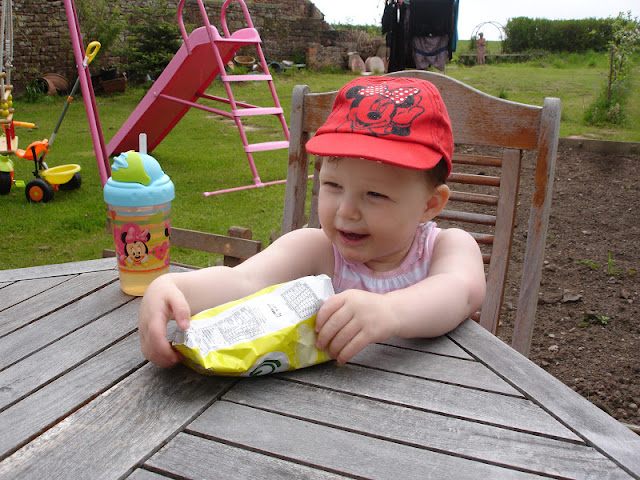 It was good to have a quiet relaxing day together and spend time outside
Posted by CarpeDyem at 22:15